We'll be starting with my first ever drawing of the model with the ventilators behind the bridge and forward of the first funnel. 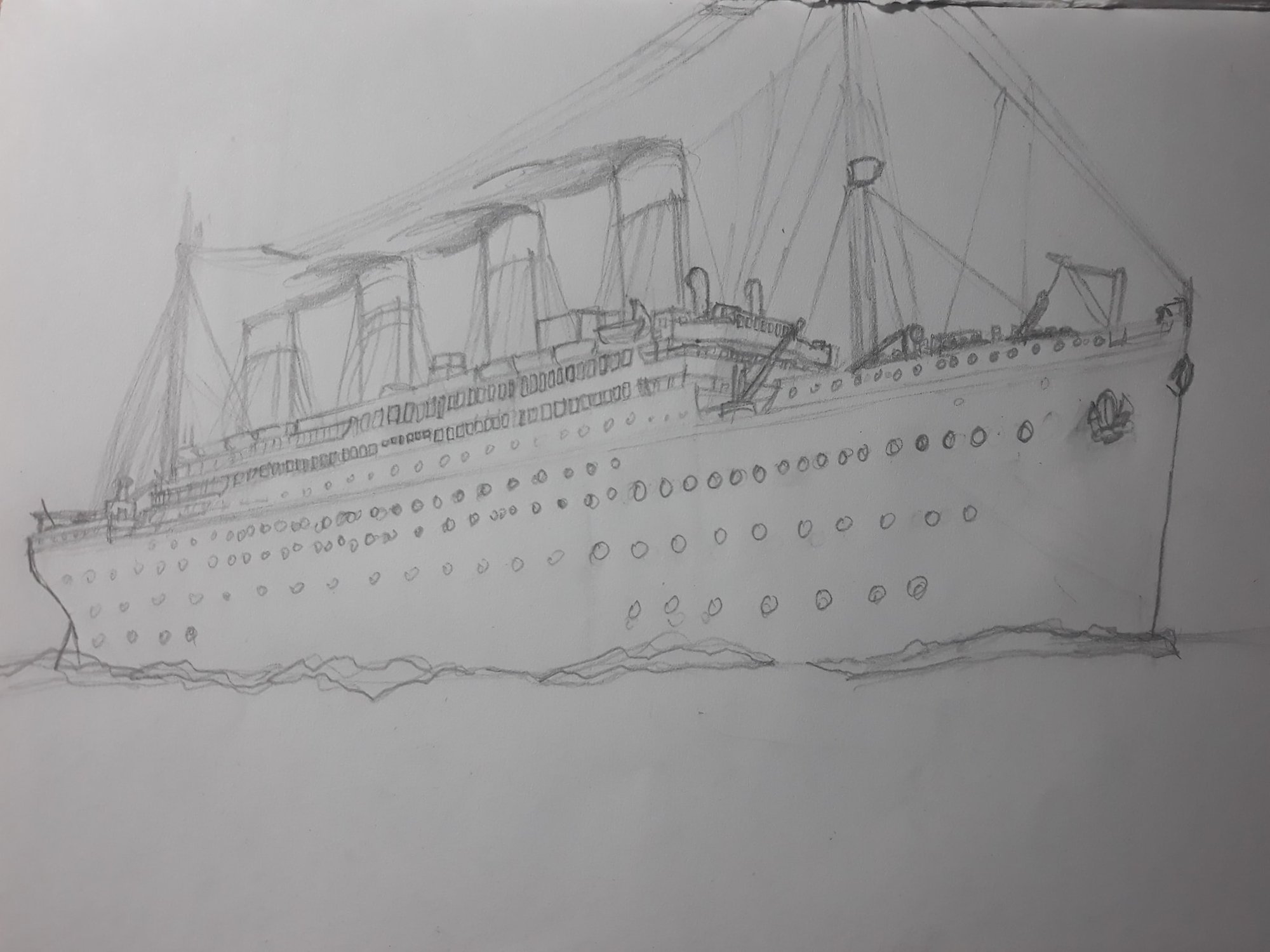 Then, with this concept art that showcases the components of the model such as the Olympic's extended aft cutaway, the Britannic's windows on A and B deck and the deckhouse around cargo hatches. 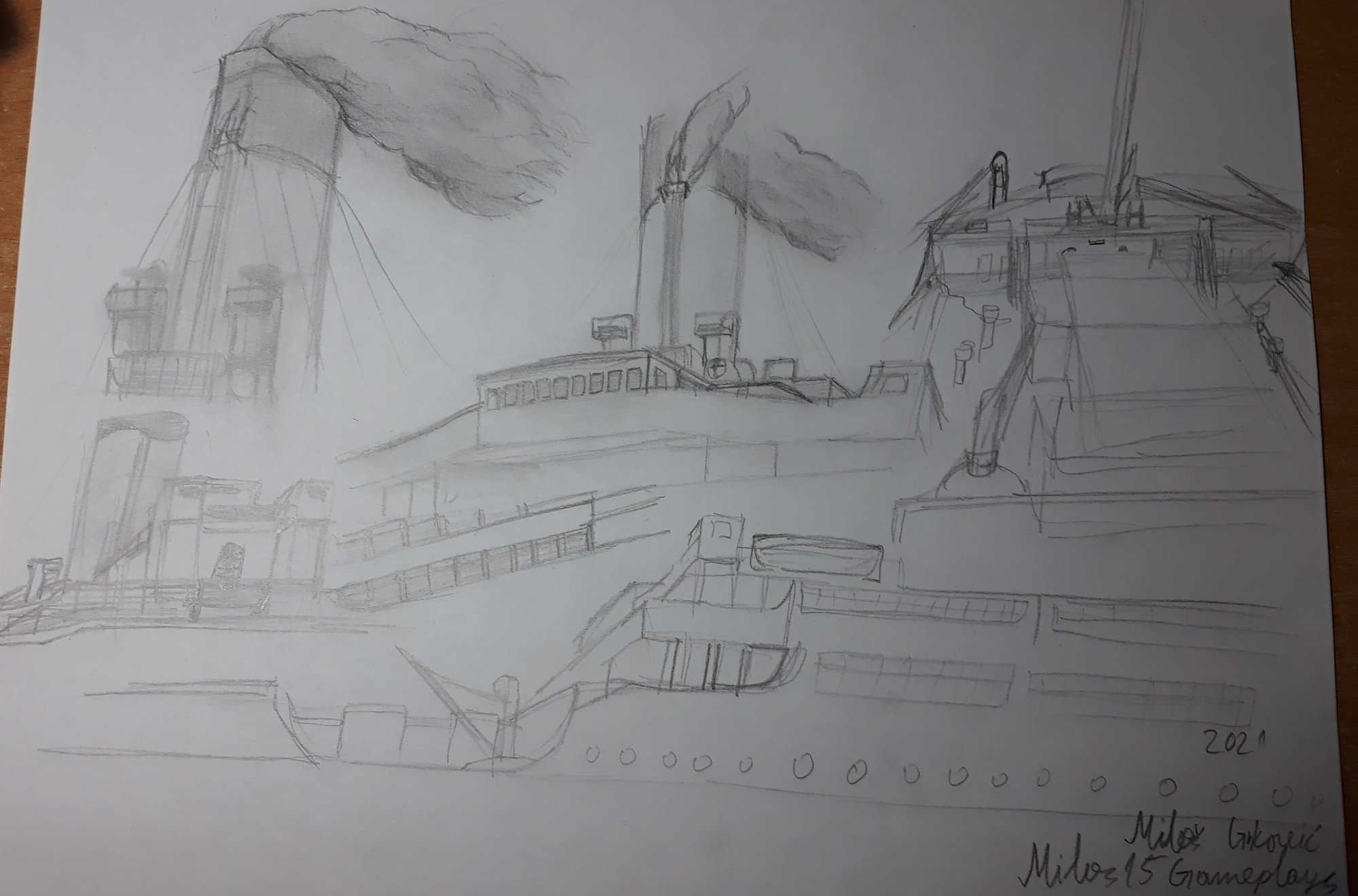 The next one is another hand drawn piece of mine. The model sailing on the open sea. One minor thing that did change is the forward A deck cutaway. 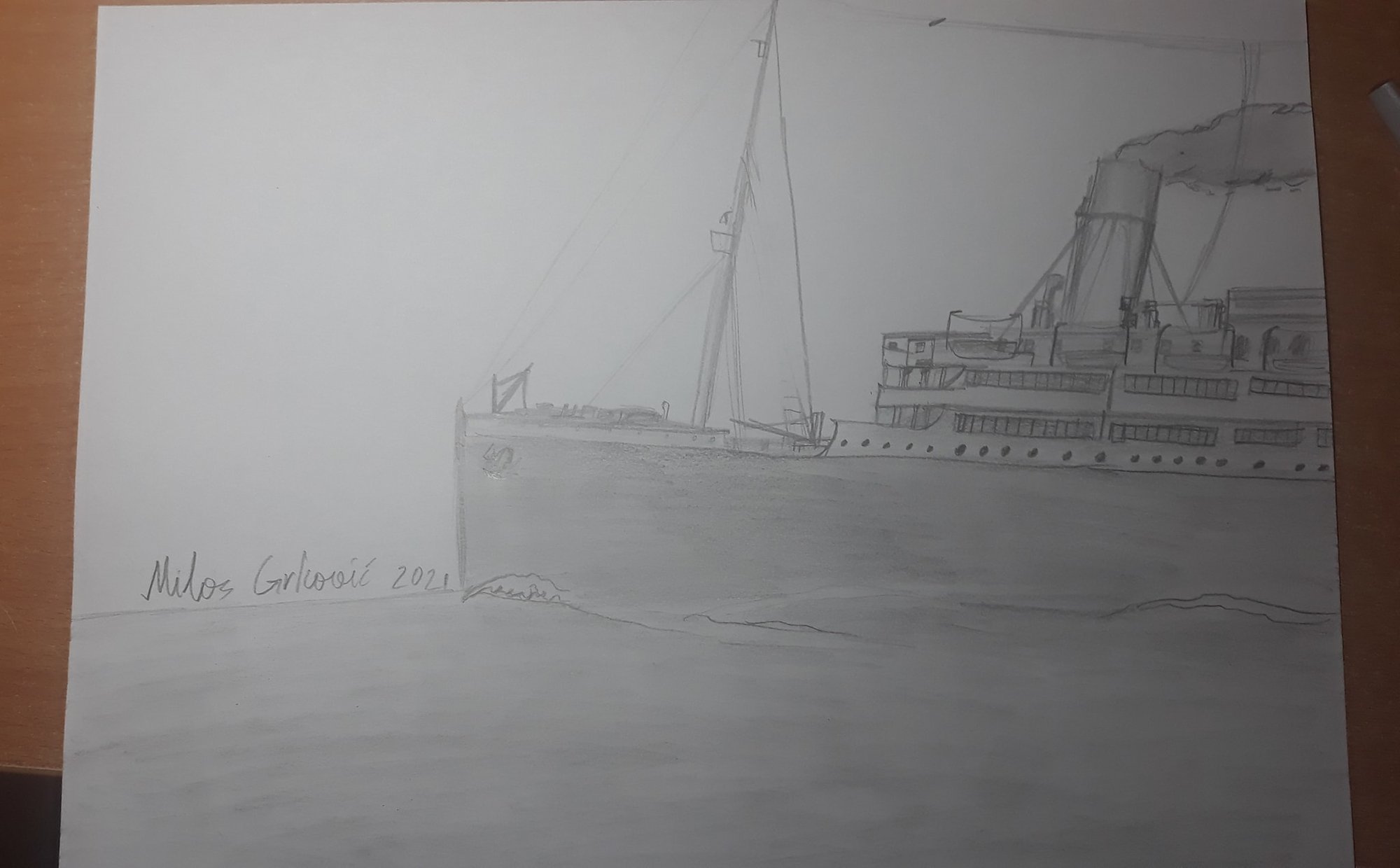 Following that we come across my digital drawing of the model in colour featuring the improvements. Minus the railing which I entirely forgot and wasn't able to add it after it was done. Whoops! And the last one, to finish this post, the cover of the foundation as a promo art. and a special tribute to the "cousin of the Builder's model". Eh eh! Anyway, here I chose to add the riveting and a few details and "badabi badabum! That's what I've been looking for." Ok, I might've went a little bit overboard on that one. XD 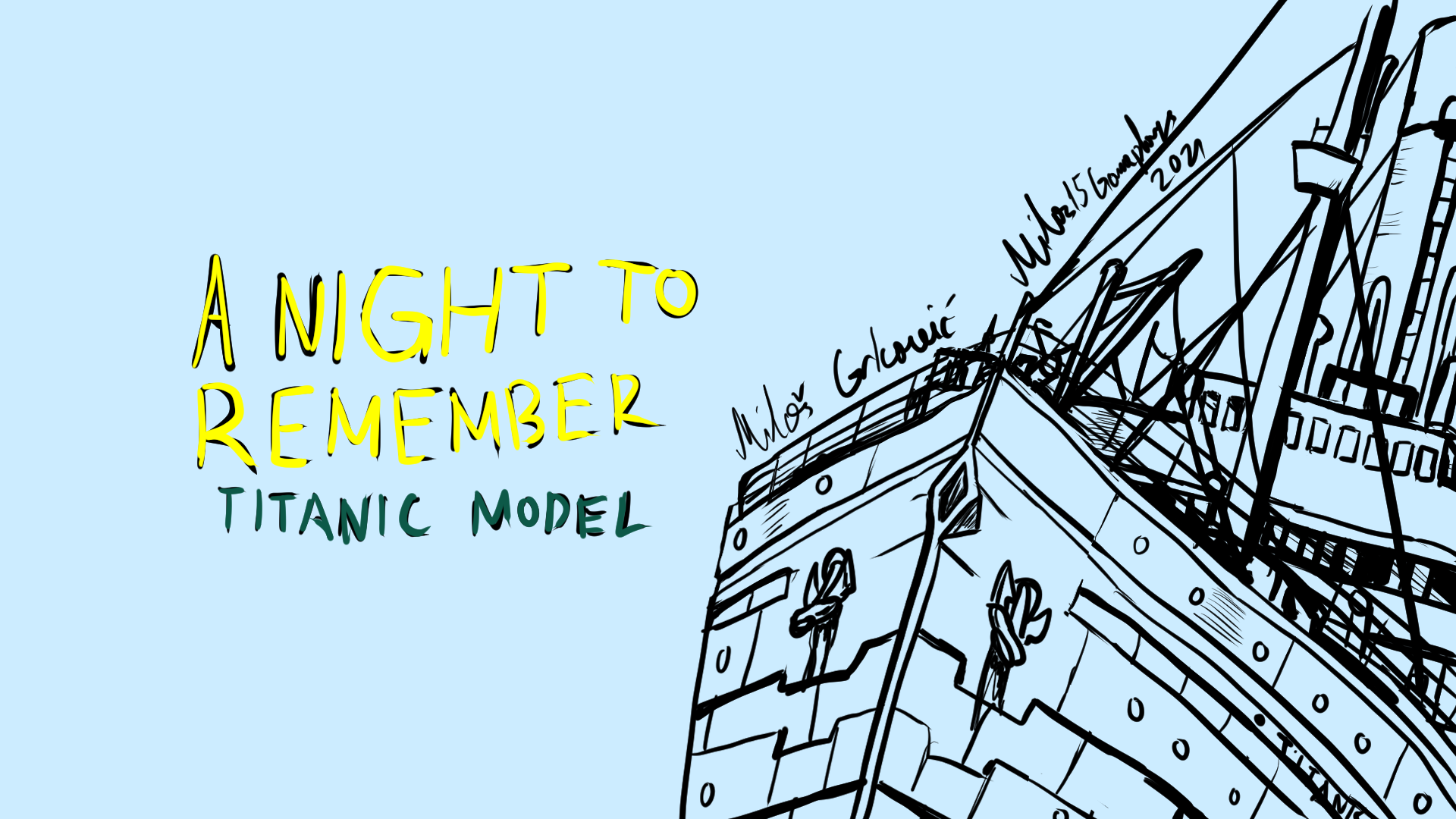 And the Most recent one, the model sailing on the open sea. 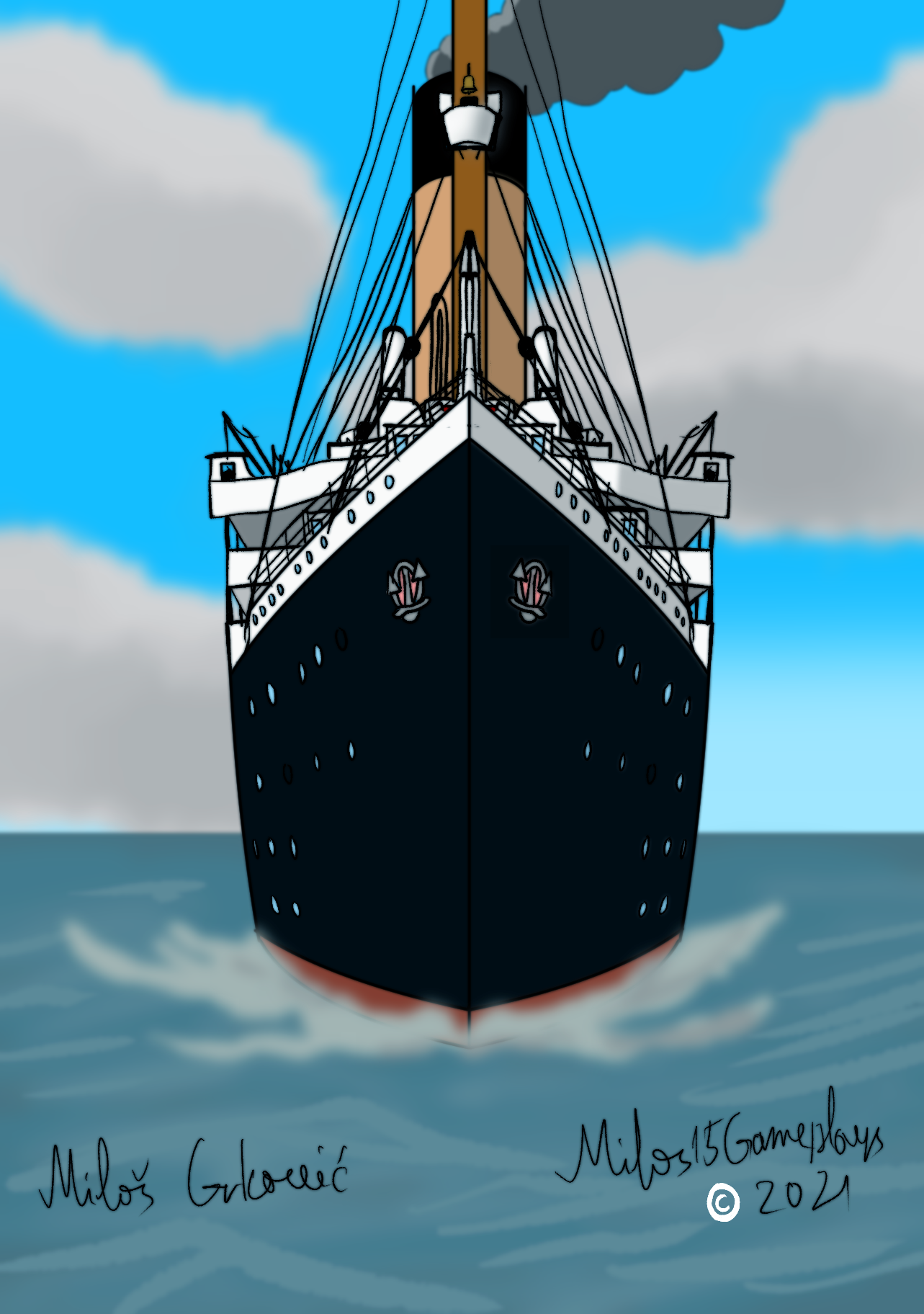